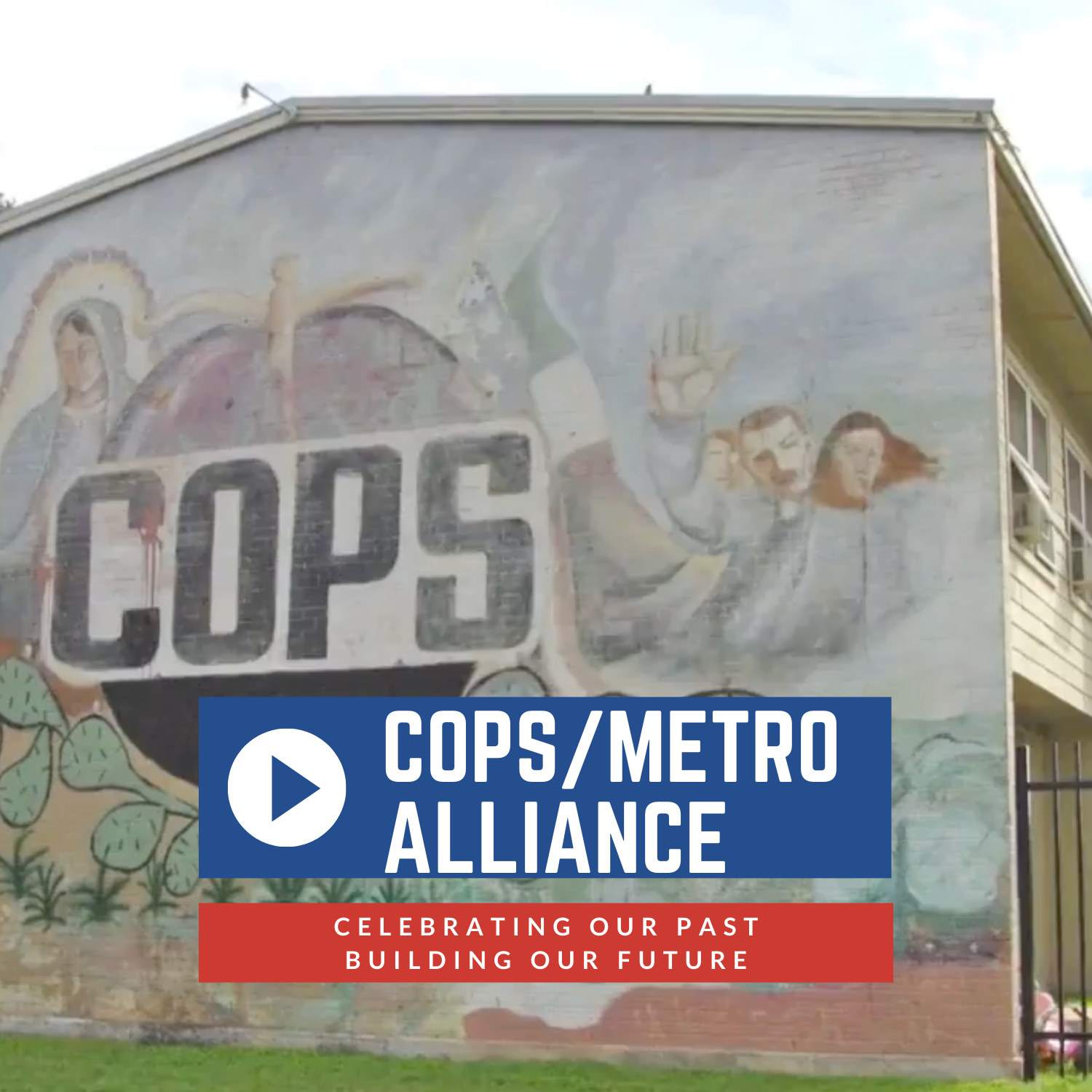 The Industrial Areas Foundation (IAF) began in Chicago in 1940 under the leadership of Saul Alinsky, author of Reveille for Radicals and Rules for Radicals. IAF Network organizations throughout the United States and England work on multiple issues and develop structures through which ordinary citizens can effectively negotiate with the government and private institutions that affect their lives. There are no individual members of IAF organizations; rather institutions make human and financial commitments to participate in these networks.

San Antonio has two IAF organizations. In 1974, Communities Organized for Public Service (C.O.P.S.) formed the first IAF organization in the Southwest Network. Two additional IAF organizations formed in San Antonio in the early 1980s: the East Side Alliance, composed of African American and Hispanic low- and lower-middle income churches, and the Metropolitan Congregational Alliance, which included South, Central, and Northwest area Anglo and Hispanic Protestant lower-middle and middle-income churches. The Metro Alliance formed in 1989 through a merger of the East Side Alliance and the Metropolitan Congregational Alliance. Today, C.O.P.S. and the Metro Alliance share many resources and work collaboratively. Like other IAF organizations, COPS/Metro is a broad-based citizens' organization comprised of religious and other non-profit institutions.

Since 2010, COPS/Metro has been working with Special Collections at the University of Texas at San Antonio to help preserve our historical records. Our goals: